Fred J. Emery passed away on April 29, 2015, at his home in Washington, DC. He is dearly missed by his colleagues, friends and family at The Regulatory Group, Inc. 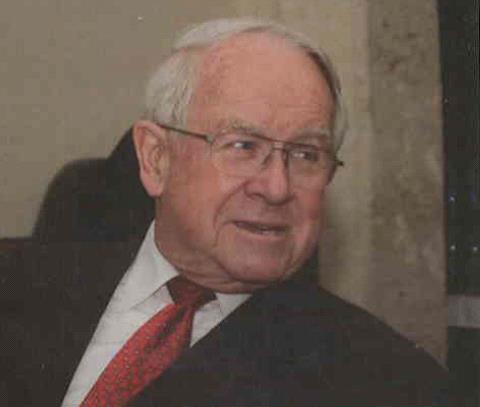 Mr. Emery attended Union College and Albany Law School, both on academic scholarships. He was the first person in his family to attend college and graduate school. Following law school, he worked in New York state government, where he was first introduced to legislative and regulatory drafting. Mr. Emery's stint in New York government gave him the skills and connections to make a move to Washington, DC. The year was 1963 when he witnessed the sad aftermath of the assassination of John F. Kennedy and the hope of Martin Luther King Jr.'s March on Washington.

In 1963, Mr. Emery started his career in the federal government at the Office of the General Counsel of the Federal Aviation Administration (FAA). He enjoyed telling people that he wrote some of the most repeated words in the English language: "Please make sure your seat backs and tray tables are in their full upright position." Mr. Emery also worked on the recodification of the aviation safety regulations into the uniform Federal Aviation Regulations. After the recodification project, he was named chief of the branch responsible for the legal drafting and interpretation of regulations applicable to air carrier and commercial operator operations. In 1968, he was promoted to Deputy Assistant General Counsel for Regulation at the Department of Transportation (DOT), where he was involved in all of the department's transportation safety regulations.

As a result of his work with DOT, Mr. Emery was hired as the Director of the Office of the Federal Register in 1970. He led the Federal Register from 1970 to 1979. His tenure spanned three presidents, Nixon, Ford and Carter. He was a member of the President's regulations task force, briefed President Carter on regulatory issues, and was instrumental in drafting Executive Order 12044, Improving Government Regulations. During this time Mr. Emery also taught Administrative Law at Antioch Law School.

Mr. Emery was always concerned with the quality of legal writing and the clarity and accessibility of government regulation. His career at the Office of the Federal Register brought a significant elevation of the office in terms of its influence on the regulatory process and impact on government openness and transparency. Mr. Emery often said he kept the small businessman in mind when writing regulations and teaching plain-English workshops.

Throughout his career, Mr. Emery was involved in the American Bar Association's (ABA) Section of Administrative Law & Regulatory Practice, the Administrative Conference of the United States and the Supreme Court Historical Society. He was also an active alumnus of both Union College and Albany Law School. From 1977 to 1980, he chaired the ABA's Standing Committee on Legal Drafting and on several occasions chaired ABA awards committees. People who knew him during his career at the FAA, DOT and the Office of the Federal Register remember him as a humble and unassuming man who was nurturing and respectful of everyone.

In 1980, Mr. Emery started his own consulting firm focusing on federal agency rulemaking. An early project was writing a 1982 report for the Administrative Conference of the United States titled Rulemaking as an Organizational Process. His consulting firm has since advised agencies throughout government on the rulemaking process and has provided Mr. Emery's practical insights on administrative law through training courses offered to employees from every regulatory agency in the federal government.

Outside of his career and family, Mr. Emery's love was golf. He lived a life separate from his legal career as the champion of the golf duffer through his venture Bogeybreakers, Inc. Through his alter ego, Colonel Bogey, Mr. Emery provided advice, teaching and encouragement to weekend golfers for more than 40 years.